Updated September 28th, 2020: The honored grounds of “5Pointz” was a tribute space but also known by graffiti culture standards as a ‘permission wall’ space. Have you seen the original bombing of past and present before permissions existed? Check out this live action doc of graffiti culture making a full circle in the New York City subway system in 2019 and keep scrolling for vintage footage!

Disclaimer: for educational & artistic purposes only, all copyrights in effect. DO NOT TRY THIS.

Artists worldwide were previously organizing a petition for restitution and landmark rights. Wolkoff was found guilty by a civil jury of violating VARA–the Visual Artists Rights Act in not giving the arts community any notice of the removal, and further considering the luxury condos set to be built in the area were planning to appropriate the name/cultural value of “5Pointz.”

Read more on the update from Architectural Digest here.

and the artist’s previous landmark petition update from dna-info here.

Waves of emotion have flooded art, Hip Hop, and cultural communities worldwide as the historic 5Pointz in Queens, New York; known as a mecca to some and creative dreamland to many, was suddenly white washed overnight less than one week ago. 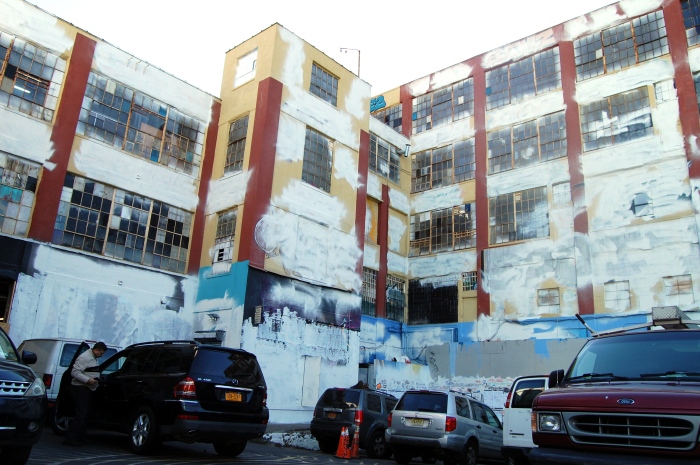 The sprawling warehouse in Queens adjacent to MoMA Ps. 1 has transformed over 12 years and is home to over 1,500 artists from around the world. As a result of NYC re-zoning efforts, building owner Jerry Wolkoff plans to demolish the building and erect high rise condominiums in its place.

Despite Wolkoff’s claim that white washing overnight under police protection was a measure to avoid the “torture” of watching the pieces torn down brick by brick, many perceive it as a rather cruel and unnecessary attack. Especially as some note, since the pieces could have been photographed or extracted before demolition; providing added opportunity for finance and appropriate closure.

The white wash and announcement of demolition have come in the immediate wake of a collective of writers (also known as graffiti artists) and enthusiasts circulating a petition for ownership of the property and rights to preservation.

Many feel the hostile actions taken against this visual arts mecca were done on the heels of a constant targeting of the Hip Hop community and its historic vulnerability to gentrification and industrial commercialism. In particular graffiti writers, whose colorful street-kissed hieroglyphics have arguably been the longest existing element of the culture—-and alas one of the most co-opted, under-recognized and unprotected.

That now Hip Hop is a global billion dollar matrix yet vast amounts of its architects remain unknown and uncompensated or left in a silenced trail of cultural exploitation, makes the layer of the overnight white wash as well as the naming of only 23 artists in the lawsuit settlement, bittersweet to say the least.

By graffiti culture standards 5 Pointz became known as a “permission wall” heaven, the antithesis of the high-risk origin culture of aerosol art that had Black and Brown youth in various areas of New York City making history on walls, train cars & numerous sites long before the grace of gallery canvases and fame of high fashion merchandise. Graffiti art became more heavily politicized, criminalized and affected by urban planning initiatives. Many writers violently lost their lives for the artform, never saw their skills manifest further in the art world or witnessed Hip Hop culture take off without them. 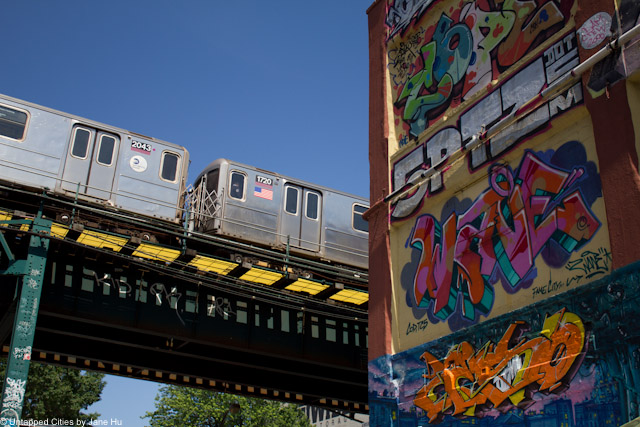 The 5 Pointz site eventually became an international art museum visited by thousands every year and captured for authenticity by major brands. Locals and tourists alike were able to take in the visuals freely even from high in the air, as a view of the location greeted daily riders of the number 7 train between Queens and Manhattan.

For an artform that was born of a chaos theory and highly undocumented in its inception, every mecca and evolution is worth landmark status. Never forget.