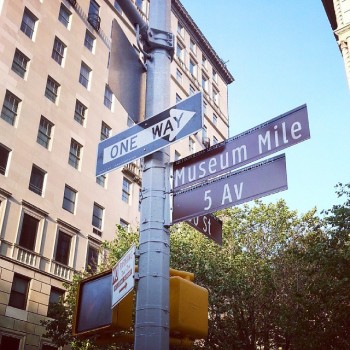 23 blocks of New York City’s famed 5th Avenue were closed off from 6-9PM for the Museum Mile Festival 2015 event, allowing free and open access to 8 of the country’s best museums as well as outdoor activities and performances!

Art and culture were everywhere and in every form, and while most found it impossible to reach all 8 museums in the 3 hour slot, every second trying (and not trying) was well spent. Participating museums included:

Museum of the City of New York 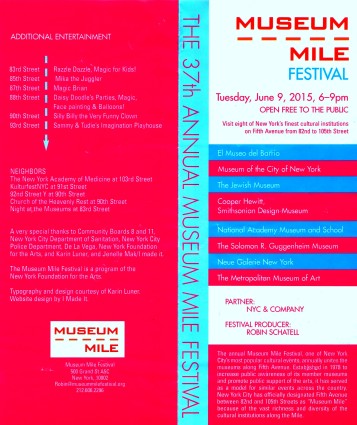 “The first Museum Mile Festival, held in June of 1978, was an instant success. Not only did it expose New Yorkers and NYC visitors to an incredible collection of New York’s artistic riches, it also brought together disparate New Yorkers. From the barrios of East Harlem and the townhouses lining the Upper East Side, to the winding streets of the Village and the clustered neighborhoods of the outer-boroughs, people came to celebrate their shared pride in their city.

Museum Mile Festival promoted public awareness through increased visibility, accessibility and attendance at all the museums, and brought many New Yorkers to upper Fifth Avenue for the first time.” – Official Press Release

Check out more of the sights from the “Hip-Hop Revolution” and “Activist New York” exhibits in the OBA gallery!