Life After Becoming a Graduate:  Jaquon is currently working to garner funding for independent research on rhetorical methods and tactics that produce social movements and reform in the United States and The Caribbean, as well as organizational funding for the annual Food For Thought Creative Writing Book, and the Annual Food For Thought Poetry Slam Competition to be held in the spring semester of 2014. He will receive an Advanced Certificate in Caribbean Studies this year and is looking for enrollment in a few graduate programs in the field of Caribbean Studies. 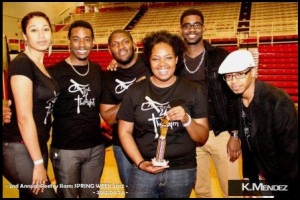 Recent Accomplishments: As an artist, Jaquon writes and studies poetry. He was awarded the 2012-2013 Academy of American Poets Student Award, and has published a book of poems under the organization Food For Thought.

Artivism: As an organizer, Jaquon works to branch Food For Thought into a nationally recognized organization that promotes freedom of expression and civic engagement. He does this through various programs on and off his campus. 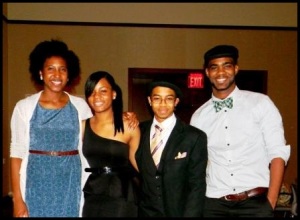 Jaquon C. Heath is a communicator, poet, fiction writer, book editor, and founder of the Food For Thought Poetry Club at St. John’s University, his alma mater.  He received his BA in English Literature, with two minors in creative writing and rhetoric. As an undergraduate, he researched rhetorical methods that produce social change in groups and governments. Due to his academic and leadership potential, he was inducted in Lambda Pi Eta, The National Communications Association Honor Society, and Alpha Phi Alpha Fraternity, Inc. His interests are in media, cultural development, expression, social change, and literature.

A staunch leader in community service, Jaquon has been awarded the Congressional Achievement Award from Congressman Gregory W. Meeks, along with several academic awards to study abroad in Northern Europe.

Jaquon is currently enrolled in an Advanced Certificate in Caribbean Studies where he will further his study of the rhetorical methods that produce social change. 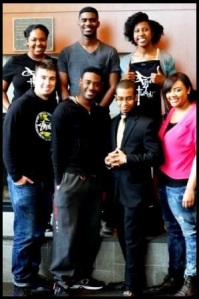