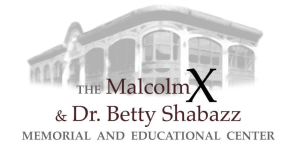 The Peoples Police Brutality Tribunal was held in Harlem’s Malcolm X & Dr. Betty Shabazz Center, an event organized for families, by families. Civil rights lawyer, filmmaker, musician and activist King Downing was on hand as event coordinator and moderator, facilitating the testimonies of families nationwide for an esteemed panel and the community.

People called, Skyped, and testified in person to share their stories of family members killed by police brutality and excessive force. Many with no followup, police report, or established case, and some even threatened for their continued investigation.

There are Peoples Tribunal organizations around the country, though the Family Coalition for Justice is for families, by families

The Mothers of Trayvon Martin, Oscar Grant, Michael Brown, and Eric Garner are not even the tip of the iceberg

A few young artists including OBA founder Emilia A. Ottoo were selected to perform original music and poetry. The Tribunal went so well–including food, literature, and a genuine sense of unity–that the community is calling for the event to be bi-annual.

*What they could use is more hands,* please contact the Family Coalition for Justice (familiestribunal@gmail.com, 347.483.9880) to help organize or volunteer. Also contact if you are a family member who wants to testify and bring your story closer to justice.

Rest in Freedom to all those we’ve lost, and much energy to all families affected.