The late Guru of Gang Starr left a lot of life lessons behind, overall taking self-awareness as seriously as he took the written word.

We’ve put together a few artists, icons and legends in Hip Hop culture who also give motivation to raise our levels: in mind, body and spirit as much as art, vision and business!

While working on chart topping music, live shows and appearances you may have heard Detroit native Big Sean address his foundation of positive thinking and manifestation beliefs.

It’s definitely not for just for show, he’s actively spoke on the Law of Attraction and its experiences as well as created a vlog series dedicated to walking-the-walk during tours and projects. What you may not know is how deep his attention to health, wellness and awareness is, or that he “got it from his mama.”

The iconic MC and one half of the legendary UGK–we’re talking “Texas Trill” to be exact–has been more than a rapper for awhile. With Trill Entertainment, a food blog and being an unofficial ambassador for Houston Tourism, Bun B’s a successful businessman with a strategic portfolio.

He’s also called “Professor Bun” for his work with Dr. Anthony Pinn at Rice University. Add being a health and wellness activist, especially for the Hood where many suffer if not die from lack of access, bad choices and/or ignored issues of the body and mind. The transition of UGK’s other half Pimp C, (RIP), has been one of his biggest motivations.

It was said in the Hip Hop documentary “The Message” that a time capsule for the future should include “Jay-Z’s brain.” The Jigga-Man’s historic slot in music and business is sealed in a “came, saw, conquered” mystique which continues across music, media and sports.

He’s broken it down with the likes of “Decoded,” behind-the-scenes from MCHG, not to mention public struggles like the beginnings of Tidal. But like he once told critics about his lyrical depth, try going beneath the surface. You’ll definitely find incredible insight, motivation and strong mental health: he simply “will not lose.”

Over the years we’ve seen 50 go from running the streets as an unsigned artist, to applying skills learned from Run-DMC legend Jam Master Jay, to G-Unit general, global entertainment act, noted businessman and philanthropist for development in Africa.

Read between the lines and you’ll see his mentality about money, self-preservation and learning has always been intact. Even as headlines like “bankruptcy” come and go, certain principles stay clear.

He’s been a rep for the Rockin’ Wellness company of holistic wellness and fitness products as well as schooling the online population with guest blog pieces like “7 Ways to Eat Good on a Hood Budget.”

The Virginia native who’s pretty much had the world in his palms has range and lasting power dripping from his creative bones. Even with the hiccup of the “Blurred Lines” lawsuit, he’s maintained his work ethic, cool factor, and leveraged his strong sense of self to everything from curating art exhibits to pushing the mission of his multi-media collective i am OTHER.

While reigniting the legacy of The Neptunes, hosting the Artst TLK series on YouTube, crafting beats for music’s elite, lending his voice to projects or banging out anthems, Pharrell is also a “we’re all just a kid from somewhere” kind of celebrity. And as far as his ‘never aging’ skin, he chalks it up to some good advice from Naomi Campbell.

The universe was glowing when “Ms. Medoula Oblongata” aka “DJ Lo Down Loretta Brown” aka “Analog Girl in a Digital World” graced the scene, blowing the doors open of the Neo-soul, Hip Hop, Jazz and R&B genres. True you might catch her on stage in signature Badu garb sequencing an MPC, sending piercing vocals into the heavens or innocently grabbing your attention on social media with hilarity.

But if you couldn’t tell already, the Queen Badu’s been* a staunch believer in energy and health. Whether tweeting about the benefits of alkaline water or regarding her singing as ‘sound healing’ via vibrations and frequency, she is the definition of being “about that life.”

An architect of this Hip Hop that’s now a global billion-dollar industry, it’s been a long road from Uncle Rush’s dorm days with Rick Rubin. He’s brought us along for the ride too, like his investments in Def Jam, the Rush Philanthropic nonprofit and media focused Global Grind.

Though RushCard has its setbacks, he’s continued work for under-served communities. And if he’s not organizing or speaking, he’s probably…meditating! He’s been a believer in daily exercise and meditation since before yoga was trendy.

His Twitter feed’s also constantly filled with truth, appreciation or motivation. Don’t judge the yoga as soft either—he’s always been a real one, not to mention a direct and strategic businessman.

The “1st Lady of Hip Hop” aka “Lyte as a Rock” has been holding weight as a GURU to this day. The legendary MC reconstructed the road for female artists, coming with as much style and attitude as her articulate, intelligent and clever lyrics already possessed. While taking her beauty and voice to television production, she’s constantly opened new lanes for herself and others.

She founded the nonprofit organization Hip Hop Sisters Network, giving out scholarships and educating women on the industry. When she’s not busy plotting on the Grammy board, schooling artists on the game or handling business as CEO, she’s on Twitter spreading nothing but positive thinking. 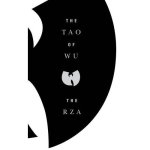 Learn You. Love You. Live Better.

…and shout out to the “PEARRRS”

IMAGE CREDIT: ESMEMES – SHOUT OUT TO ALL THE PEAR