Gaining as much popularity are the so-called “ghetto kids.” Originally appearing as a dance-reaction video on YouTube, the talented youngsters are featured in good fun, fearless attitude, distinctively rhythmic dance moves and an undeniable groove.

“The impromptu battle to the song begins on a road in Uganda. At nearly 3 million views, the motley group compete against one another, providing am entertaining display of talent and agility that only African children can possess.” – Face2Face Africa 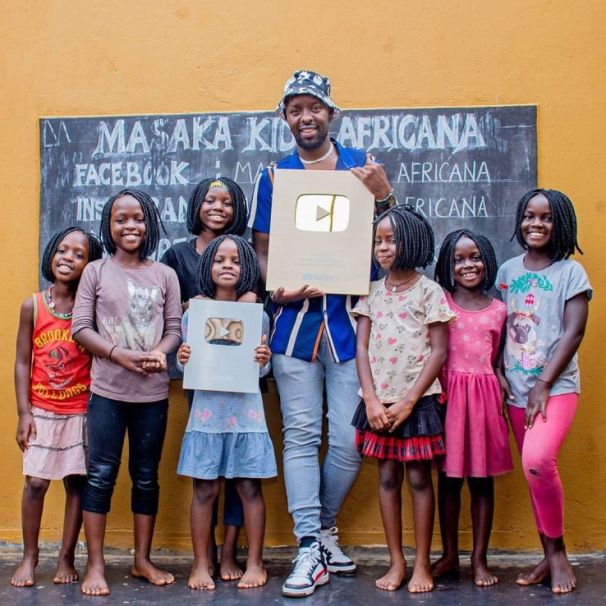 Since going viral internationally Kenzo has seen much success on his growing YouTube channel, the BET Awards and more profitable activity with the Masaka Kids Africana of Uganda. He has reportedly hailed as the CEO of Big Talent Entertainment, released several albums to date and also received several All African Music Awards. You can keep up on social media with Kenzo’s Facebook page.

Congratulations to Eddy Kenzo on all the success and the growing fan base! May your #ARTivism continue to bring awareness to the happiness, music and culture of Uganda and all African people!